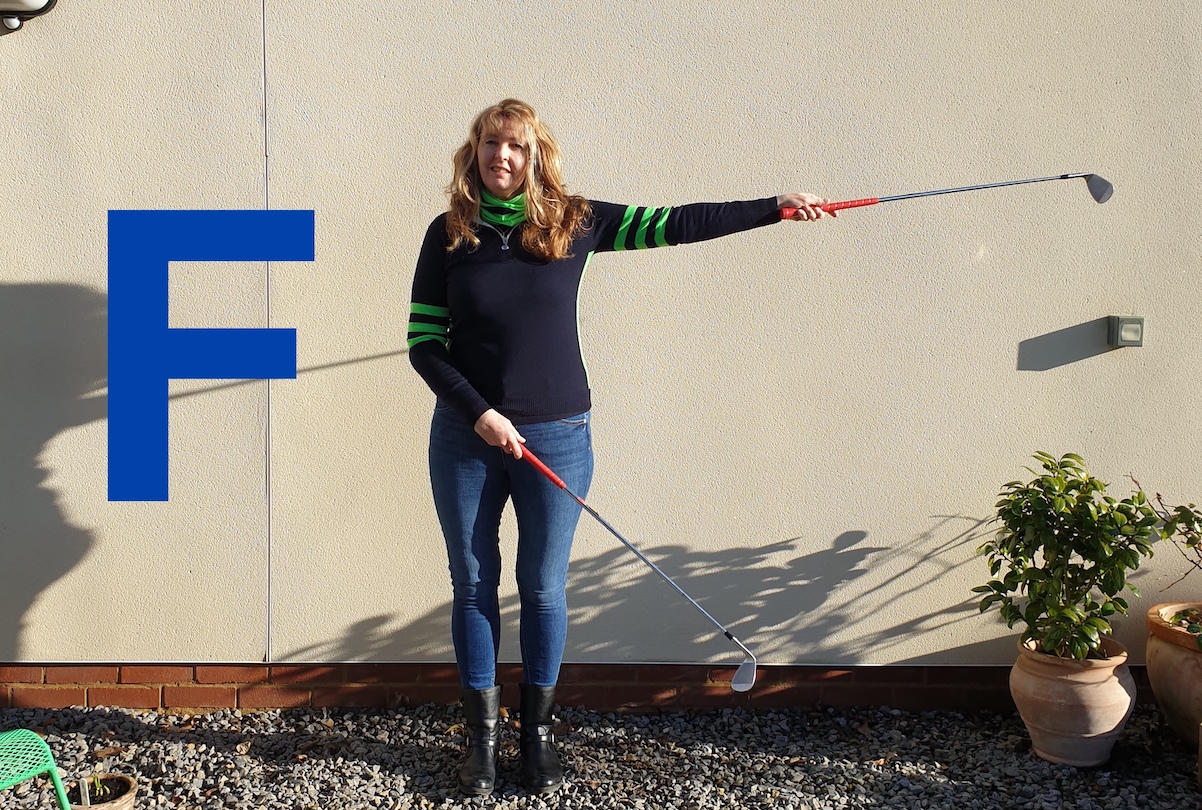 When you drive up to Flamborough Head Golf Club, the first thing that strikes you is the Tower.  Situated to the right of the clubhouse as you look towards the North Sea.  This Old Beacon was built in 1674 and in actually located on the golf course itself.  It is the oldest surviving lighthouse in England.

Flamborough Head is arguably an unusual choice for the Alphabet golf series, but its isn’t always about the best golf courses; the named golf courses.  To me it is about the whole package.  Here you are always certain of a warm and friendly welcome in good old no nonsense Yorkshire fashion.  In fact, one of its slogans is ‘the friendliest club on the coast’

Pitched atop a cliff

This 18 hole links course brings in some challenges of its own.  As well as some beautiful views across the North Sea.  Overlooking the site of the Battle of Flamborough Head fought on 23rd September 1779.  Hole number 13 carries the name of American John Paul Jones.  Jone’s ship, the Bonhomme Richard defeated the British man-of-war Serapis.  The course occupies, in part, a former farmhouse where he is reputed to have stayed.

The golf course was founded in 1931.  With its tricky location and steep drop off cliffs, I am informed that this part of the coast doesn’t suffer too much from erosion. Which is great, as it would be a shame to lose it to the sea. it is fair to say there are a couple of up and down holes.  In the main, I don’t believe this detracts from the overall experience of playing such a location.  The weather does play a big part in the game, as the wind can whip around and off the North Sea.

Is located after you have played hole 4, a par 4 measuring 417/439 yards, SI3.  Two good accurate shots are required before encountering the split level green.  After putting out, take a short walk behind the green and circumnavigate the tower, just for fun.  Can you imagine having to light a fire that high up to give boats the warning of Flamborough Head jutting out into the sea?  East Riding Council wanted to open it up as a museum, but for now that idea is on hold.  Friends of the Chalk Tower are behind this scheme and are keen to see it succeed.

Hole 6, whilst a relatively easily achievable shot, is fraught with danger if slightly off kilter.  A pond, a bunker and the deep rough make this SI 16 par 3 hole of only 136/141 yards a decent challenge, especially when the wind is in play!

Hole 10 is a risk and reward shot, again a par 3.  From an elevated tee this 146/148 yard hole is covered front and side with bunkers.  Be brave or go home on this pretty hole.  Once on the green it really depends on where the flag is, as this is as this is a two tier green.

Another hole of note is hole number 11.  My notes say lovely hole, the stats say differently!  Its is a long par 5 of 505/552 yards.  A blind shot over the marker post, for your drive needs to be straight.  Subsequent shots are also not easy as you’re shooting towards the North Sea again.  Too short and the ball gets caught on the slope and comes trickling back to you.  Too long and its rubbish on the right and at the back – oh and then of course you have the cliffs behind and to the right also.

With elevated tees, ditches running around the course and tiered greens you’re not in for an easy ride playing here.  For a relatively flat course, whose overhead view does nothing to show the game needed to score well, I think it is worthy of a place in this series.

And one of the best bits about playing Flamborough Head.  Fish and Chips – so typically British, so typically Yorkshire, and so tasty it is worth the trip.