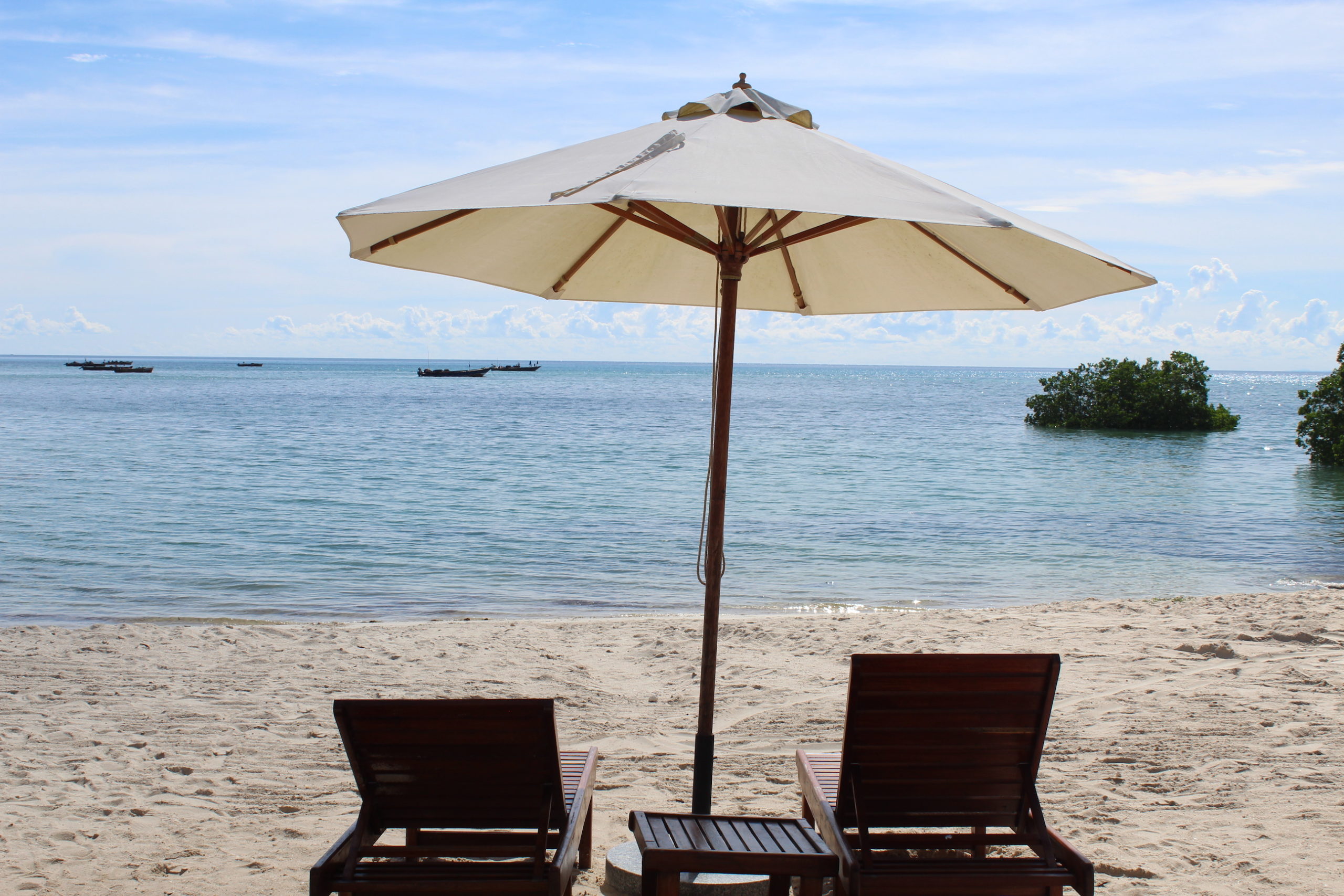 A Taste of Paradise – Zanzibar

ggg127web4th April 2020Comments Off on A Taste of Paradise – ZanzibarUncategorized

Jambo, Jambo is the cheerful cry from children and adults alike as you come out of the airport, hot and sticky from a flight into Zanzibar.  Then the hustle from taxi drivers vying for your business to wherever you want to go.
Learning very quickly that bartering was the norm we negotiated a decent price to our first destination, Sea Cliff Golf and Spa Resort.
Despite the lack of uniform, and in many case the lack of apparent cleanliness, the people impressed us from the very beginning.  Their command of the English language was as good as any other non-English speaking country and their friendless surpasses other countries.
Zanzibar as we know it isn’t actually where we were going, despite booking flights and being told this is where we were going, Zanzibar is in fact made up of multiple islands with two main ones of Pemba, the lesser known, less populated and apparently less touristy than Unguja which is the larger, more populated.  We were visiting Unguja, Zanzibar on the west side of the Island and about a 40 minute transfer from the airport.
Having lived and worked in Papua New Guinea, I was delighted to see the similarities bringing back some fantastic memories as we bumped along the water ravaged road leaving potholes that made some of the four by fours look small as they disappeared nose first, only to emerge the other side relatively unscathed yet somewhat dustier.
No garland of flowers, parade or overpowering welcome committee came to say hello as we arrived at Sea Cliff, unassumingly setting the pace for the rest to the break at Sea Cliff, and not in a bad way.  The members of staff knew to give you some space after a long flight, they let you go about your way discovering the resort, but always present if we had any questions, which were usually met with smiles and helpful suggestions.  No show at this tropical resort, it didn’t need it, the resort simply shone through without the paraphernalia.
An all inclusive resort, and when I say all inclusive , I don’t just mean the food!  In fact packages for food were all inclusive, half board and full board, but this was resort was all inclusive, plus some.. with not only great food, but pretty much anything you’d want from your holiday, to satisfy even the fussiest of family members.
Small but tidy rooms had everything you’d want for your stay, with thoughtful additions such as a daily stocked fridge for water and fruit juice, fly wire on the doors and a romantic over bed mosquito curtains draped from the ceiling to cover the whole bed, adding a sense of drama to the room.  But the reality is, you weren’t in your room too long, even with the pull of the balcony offering sea or garden views and with the ever present bluest of blue Indian Ocean to feast your eyes upon.
Keen to get out on to the onsite golf course, the next morning after a buffet breakfast; a smorgasbord of treats to set you up for the day, with the fresh fruit being a must.  In 30 degrees of heat we walked to the golf course, in less than five minutes, slowing coming down the hill to overlook the private resort beach with golf course beyond, dhows at sail on the clear blue ocean adding drama to the view as we arrived at the golf course.
There are just nine holes on offer,  with nine unique greens and two tee positions to play as 18 if you wanted to.  The reality is, golf is one of many things on offer at Sea Cliff.  A true holiday experience meant they had golf clubs for us to use, all branded, and were certainly good enough to satisfy the holiday golfer in this tropical paradise.

Getting used to the heat was a good reason to play only nine holes, but standing on tee one with sweat, sorry gentle perspiration!! dripping down soon gave way to lush tropics as we ventured further into the golf course.  The day before we arrived, there had been rain, rain is such a polite way to say it bucketed it down, leaving in its wake washed out roads, tracks and the golf course to have standing water in play, especially on hole one where a gently stream had turned into a torrent of water ready to capture the unsuspecting golfers golf ball to go trundling downstream never to be seen again.  Applying sensible golf, we simply tee’d up the golf ball to save any mud splashes and  damaging the course and further.  The blades of grass were each thick and crept along the ground to matted together to form a green covering, easy enough to play from whilst on the fairway, but the rough was a challenge of its own, in fact if the ball went into the deep rough, even if you saw its exact entry point, finding it was another story.  Tropical golf does throw up alternative challenges of their own; greens are often baked and difficult to hit without it running for miles, so having that rain made them much more receptive.  Relatively flat greens, with the odd one being tiered or sloping welcomed us. The golf course had picture postcard qualities, of par 3’s, 4’s and 5’s with water in play, bougainvillea dotted its splash of colour amongst the varying shades of green. A clear blue sky with puff balls of cloud breaking made the postcard complete.

I am freelance golf lifestyle journalist who has many years in the golf industry – how can I help you?